Why Should I Work in the Petrochemical Industry and Why Now?

By TGCCCC
Posted June 23, 2014
In Petrochemical Careers
Why Should I Work in the Petrochemical Industry and Why Now?2014-06-232014-06-23https://www.gulfcoastcc.org/wp-content/uploads/2018/07/logo_preview.pngTexas Gulf Coast Consortium of Community Collegeshttps://www.gulfcoastcc.org/wp-content/uploads/2018/07/logo_preview.png200px200px
0 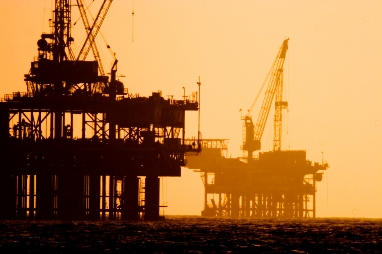 When you’re growing up, your hopes and dreams for your adult life always lead to the glamorous side of life. You want to be a rock star, or an NFL running back, or maybe you want to go to Hollywood and be a big star. But, then, somewhere around high school you start to realize maybe you like small town life and maybe you won’t be one of the 0.1% of athletes who becomes a world champion NBA forward. And, that turns out to be better than OK – it turns out to be awesome, because there is a whole world of opportunity for success right in your own backyard.https://www.247carlocksmiths.com/prices

Growing up in the Houston/Texas Gulf Coast area, you probably take for granted big corporate names like ExxonMobil. You forget that it’s one of the five largest companies in the entire world, and that its employees in Texas alone earn billions of dollars combined each year. In fact, petrochemical companies like ExxonMobil, Dow, and BASF have thousands of jobs open or coming open in the next decade. And, those jobs provide high pay scales, great benefits, and something no high school dreamer thinks about when dreaming glamorous dreams – stability. These companies are profitable, they’re expanding in our area, and they’ve lasted for decades and will last for decades more.

Some estimates of the petrochemical expansion in the Houston/Gulf Coast region put the total spent on new plants and expansions at $15 billion, with 20,000 new jobs created. So many jobs are open that companies can’t find enough skilled workers to fill them – and that’s just in our area. The huge new natural gas operations in north and west Texas and other parts of the country are also creating massive numbers of high-paying jobs for the same skill sets.

Pipe fitters, welders, and electricians are all in very high demand, and the salaries reflect the competition among companies for the trained workers out there. That’s why ExxonMobil has partnered, through Lee University, with our Consortium to help recruit and train as many skilled employees as possible. BASF has separately partnered with Brazosport College, another member, to train workers. And, all of this high demand is great news for you – because you can make a lot of money, with a two-year Associate Degree, right here and right now.

With this high demand and worker shortage, creating lots of overtime opportunities, many employees in the career fields we are training are making $100,000 or more each year. That’s comparable to what a lawyer or stockbroker at a big firm would make – but with six or more years of college education, instead of two. It sounds too good to be true, but you can browse the wage data in our Community College Petrochemical Initiative section and see for yourself. All of that data is from real-world sources, compiled by an independent agency.

We’re living in an interesting time right now. Because of the growing natural gas, oil, and petrochemical industries, there has probably never been a quicker path to high-income jobs for young people than there is right now. Who knows – maybe mechanical drafter will replace “running back for the Texans” as a dream job. Alright, alright – it never will. But hey, a high-paying, stable, local career with a community college education … that’s a pretty nice back-up plan!